England Hotels and Places to Stay

Hundreds of thousands of school children, as well as mothers with babies and infants, were removed from their homes and families and sent to live with strangers in unfamiliar environments. For the past eight years social historian Gilliam Mawson has interviewed hundreds of evacuees from all over the British Isles in a bid to capture their often remarkable testimonies before they are lost forever. Nowadays the thought of sending your children off into the arms of strangers for years is unimaginable.

At 8am we set out from the school, waved off by tearful mothers, grandmothers and others. 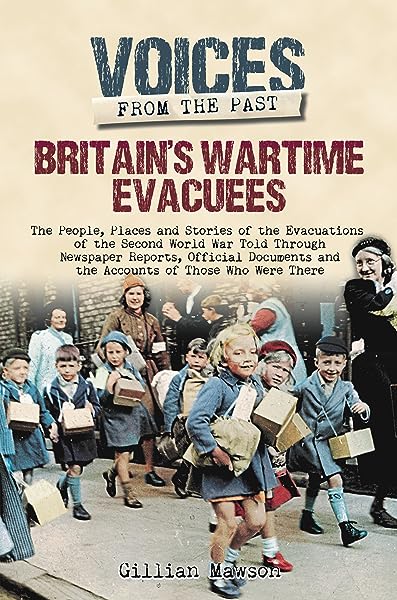 Nineyear-old John Hawkins described leaving Birmingham with his sister Rosie. She crouched down and kissed us tenderly on the cheek. The teacher shepherded us both into the waiting lines and handed us our evacuation labels. The children then marched to Tyseley station while people poured out of homes, factories and shops to cheer them on their way. Once on the train it was chaos. He married in to Norma and had three boys. He worked at Waingawa Freezing Works for a while before buying his own dairy in Carterton. During that time we moved to Masterton and bought another dairy at Kuripuni.

When they finally sold the dairy, Dad worked at Moore Wilsons, Masterton until he died in from a brain tumour, aged 56 years. He lived in Carlisle and became the Mayor from to He died in Attached is a link to his obituary that mentions his history and visit to NZ. After five years away from their homes and families, it was not surprising that some of the CORB evacuees had trouble settling down when they eventually returned to post-war Britain. Some of the older evacuees even chose to remain in their new homes and not return at all.

Others, like Terence Fell, applied to return to New Zealand as adult migrants, or encouraged their entire families to emigrate. When it was my turn to be selected, I was very fortunate. Jackie Gilbert, a boy I knew quite well, and I were picked by the James people, who owned the local butcher's shop.

Along with the husband and wife, there were three daughters, all very friendly, and we were treated exceptionally well, probably a lot better than I had been treated at home. I had a very good time, doing things that were different from anything I had ever done before. Living in the country was wonderful. The food was quite good — including rabbit pie.

It didn't seem as though we were on rations at all. Morris The History Press. I was 10 when the order came through for us to evacuate. It was just after Dunkirk in June , and we were living in Leigh-on-Sea, 60 miles across the Channel from occupied France. My older sister Iris had brought a letter home from school saying that all local schools were closed, and urging parents to evacuate their children. We had packed our belongings — a change of clothes, a toothbrush and not much else — in a sandbag.

In case we got lost, we had a label around our neck. We were put on a train to Derbyshire, heading for Charbury. When we arrived, we were taken to the village school, and given hot chocolate and biscuits. I was a nervous child to start with, but the selection process was humiliating, and that stuck with me in later life. We were asked to stand up and turn around for the locals, who had lined up against a wall to inspect us.

I looked a mess. I had fallen down a hill during a stop-off in the train journey and had bandages on my legs. The pretty girls who looked like Shirley Temple and the strongest boys who would be handy on the farms were taken first.

My sister and I were among the last four to be chosen. One little boy had a club foot with a built-up boot, and the other had very thick glasses and a shaven head, presumably because he'd had fleas. We were chosen by the Simpsons, a stern and religious couple. Joe was a miner, and had been working in the pits since he was 12, and Cissy was a good soul at heart. We had to read the Bible and go to church two or even three times on Sunday. For all the hardship, I loved being in the countryside.

There was a farm next door where I went for milk and would look in on the hens. We used to watch piglets being born. I hadn't seen such things before. The worst time was at Christmas.


We received loads of presents from our parents, things such as snakes and ladders, but Mrs Simpson was rather put out that we had so many. She let us open them but not play with them.

Uncle Joe had secretly made us a sleigh, too, and he was thrilled with it. I never saw him smile so much. I was away for two years, and stayed with three other families before returning home in July I was scared stiff. After the first wail of the siren, I was off down the Anderson shelter.

Because I'd been away for the Blitz, I hadn't adapted to life in the war. Terms and Conditions. Style Book.

Weather Forecast. Accessibility links Skip to article Skip to navigation. Sunday 22 September WW2: Former evacuees look back To mark the 70th anniversary of evacuation, hundreds of people gathered at a service in St Paul's cathedral yesterday. To some, it had been an adventure; to others, a lonely and fearful separation. In these moving testimonies, former evacuees recall the day when their lives were altered for ever. Patricia Negin Berger. Related Articles. June Carrington "In the event of an emergency arising Michael Henderson My life was turned upside down by evacuation, not in but in World War Two.